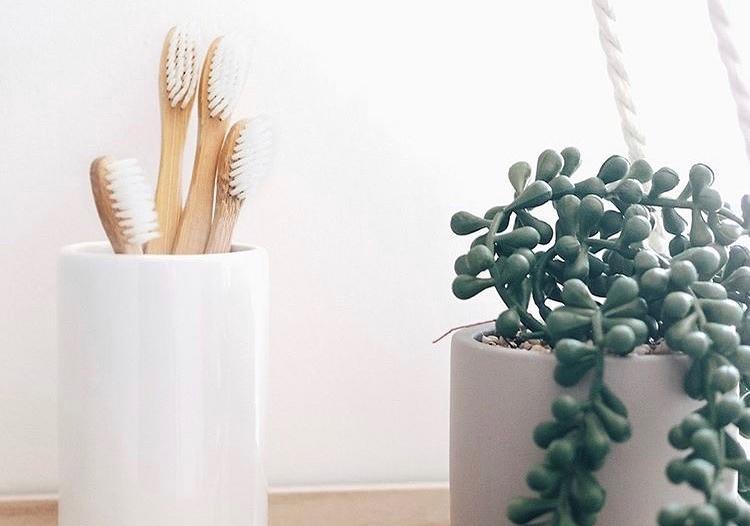 If you’re feeling befuddled by eco and green terms, you’re not alone. With various different terms all meaning similar but slightly different things, it’s easy for them to blur into one. So we’ve decided to cut through the confusion and bring some clarity to the picture. From ‘sustainable’ and ‘vegan’ through to ‘biodegradable’ and ‘zero waste’ – we bring you their meanings.

What does sustainable mean?

From a sustainable iPhone 11 case, through to an eco-toothbrush made using sustainable MOSO bamboo, what does sustainable actually mean in the eco-context?

Sustainability is perhaps the hottest term of the eco-world. Much of the ‘green’ approach comes back to sustainability, and lots of other eco-terms feed into it.

In a nutshell, and according to the Cambridge Dictionary, sustainable in the eco context means ‘causing little or no damage to the environment and therefore able to continue for a long time.’ The World Commission on Environment and Development describes it as ‘development that meets the needs of the present without compromising the ability of future generations to meet their own needs.’

It’s about how we produce things so that we don’t deplete the world’s natural resources. At its most basic, it can be understood in the context of the bamboo toothbrush: bamboo is cut to make the toothbrush, so to be sustainable, the same amount of bamboo must be regrown to replace what’s been used. It’s all about ecological balance.

With a sustainable approach, we don’t take more than we give. The idea is that by focusing on sustainability there will be enough natural resources for us to make our products today, but there will also be enough for future generations too.

Overexploitation is the opposite of sustainability. If we continue to make the vast amount of products using natural resources in the way that we do, there won’t be enough left for the future. Sustainability forces us to look at the impact of how we produce things, and consider the long term consequences.

Back to our bamboo toothbrush example, sustainability is easier with some resources compared to others. Bamboo grows quickly and easily, making it an ideal material for replenishing. Products made from slower growing wood are much harder to produce sustainably.

What does vegan mean?

Another question hot in eco-discussions is the meaning of ‘vegan’ and what veganism entails. According to the Vegan Society there are a staggering 600,000 vegans in the UK, and interest in veganism has grown seven fold in the five years up to 2019. Being an ‘ethical vegan’ is even now written into UK law as a protected philosophical belief. But what does vegan mean?

Veganism, as a term, was actually coined in 1944 as an off-shoot from vegetarianism, here in the UK. Indeed, the word ‘vegan’ comes from the beginning and end of the word ‘vegetarian’. Back in the early days, a vegan was someone who chose not to eat any products of animal origin, as well as meat. So it included things like dairy and eggs.

The definition of veganism today goes further. As well as not eating these animal products, veganism is now more than a diet, and encompasses a way of living. So, a vegan will not only choose not to eat animal products, but they will also attempt to make conscious decisions about avoiding animal exploitation in every area of their life. For example, in the clothes that they wear or the houseware that they use.

Different people embrace veganism for different reasons. Often it’s due to ethics. However, increasingly people are choosing a vegan diet for health reasons, or a vegan way of life for environmental reasons. Veganism definitely goes far beyond diet now, and encompasses a huge range of products.

What does biodegradable mean?

When it comes to the meaning of biodegradable, we need to look at the wider picture of sustainability. Biodegradability refers to whether or not a product can be broken down, and reabsorbed, without causing any harm to the surrounding environment. Microbes, fungi and bacteria are responsible for naturally breaking down items.

However, this is rather simplistic. Different things take different lengths of time to break down. And some release harmful gases or chemicals in the process. It also needs clarification because most things will break down eventually, but it may take hundreds of years to do so.

Therefore, the term ‘biodegradable’ can be a little confusing and misleading when you’re trying to make sustainable choices. Especially when it comes to packaging and single-use items. This has been exacerbated because the term has been used widely from a marketing perspective. The University of Plymouth revealed how biodegradable plastics aren’t exactly breaking down quickly.

In order to stick to being truly biodegradable, you want to choose natural products and avoid plastic as much as possible. Having said that, if the only alternatives available are made with biodegradable plastic versus traditional plastic, then the greener choice is to go with the biodegradable version and dispose of it properly.

What does eco mean?

‘Eco’ is a very generic term. In its loosest sense, it’s a prefix, and simply means anything ‘connected with the environment.’

However, nowadays it is more weighted in common usage. If a term has eco as a prefix, then it is generally considered to be something that is good in environmental terms.

An excellent example of this is with the term ‘eco-friendly’.

What does eco-friendly mean?

It’s possible to see that eco-friendly is also closely tied up with our understanding of sustainability. In many ways, the two go hand in hand.

What does zero waste mean?

Zero waste is a concept, or principle. It is the aim to change how we consume things so that waste is prevented and ultimately eliminated. This would mean that no waste ends up in landfills and incinerators, as well as in the natural environment, such as our oceans.

Going Zero Waste explains it as “We aim to send nothing to landfill. We reduce what we need, reuse as much as we can, send little to be recycled, and compost what we cannot.” They go on to explain that “the circular economy mimics nature in that there is no trash in nature.”

Zero waste as a concept has most significance for individuals when they consider the packaging that the items they consume come in. By choosing products such as the zero waste starter kit, consumers can actively choose to create less waste through their purchasing decisions.

What's in a name?

Hopefully our explanations have provided some clarification. But of course, it’s important to look beyond the terminology to really understand how they are being used in practice. There’s a number of other terms not covered here, so look out for a Part 2...