A recent poll has found that in this upcoming election, voters care more about the environment than they do about the economy. The UK government has made strides in reacting to this public outcry by being the first government to declare a climate emergency, pushing through pro-planet policy and legislation as a matter of necessity. But with the winter elections on the 12th of December, how are the different parties within government proposing to take this on if they were fortunate enough to be elected to lead parliament?

This week's Eco Inspo blog is going to explore this very question, looking at the policy positions of the main parties contending in the upcoming elections. The following will start by exploring the central parties of the two-party system Labour and Conservatives, and then also touching on Green, Lib Dems and UKIP.

Sum-up: They have made a lot of positive changes while being the party in power, but in terms of policy plans for the future, they are more often than not a few steps behind Green, Labour and Lib-Dems on environment policy.

Leader: Boris Johnson, the current Prime Minister and leader of the Tories made some environment-focused changes as London mayor including the introduction of Boris bikes and restricting cars in the city to combat air pollution. However, he is known to have written a number of climate sceptic articles and has a questionable voting record in parliament.

Plastic: The conservatives while in power have introduced the highly successful plastic bag charge, banned tiny plastic microbeads from cosmetic and personal care products. They haven't yet released a more forward-looking agenda for reducing plastics as other parties have, but it can be expected that it would reflect much of what the party has already achieved.

Air: The conservatives have pledged to reduce virtually all greenhouse gas by 2050 (this means reducing car emissions, emissions from food production, including a ban diesel and petrol cars by 2040). However, they continue to push ahead with Heathrow expansion, when flying is known to be a major contributor to climate change, and they have overseen a doubling in the number of rubbish incinerators since 2010 - with many more planned.

Energy: Supportive of off-shore wind-farms but reluctant regarding on-shore wind farms, even though these are arguably the UK's best bet for renewable energy.

Sum up: Labour policies are very bold and ambitious. The party are making big efforts to distract the general public from Brexit at present so setting out plans for the environment is the sort of social policy they are keen to talk about in debates and campaigns. Their goals are still often regarded as not being actionable, or outlined in sufficient depth, however; weakening their overall position.

Leader: Labour leader Jeremy Corbyn tabled the motion that led to the declaration of the Climate Emergency in May. At the recent Labour conference, Corbyn agreed on ambitious targets as part of what he has termed a 'Green New Deal' (state-led investment programme).

Plastic: Labour has called for more robust plastic pollution policy, however, there does not seem to be an actionable policy on this suggested by them at present.

Air: At the Labour conference, the party pledged to work towards making the UK net carbon neutral by 2030, as part of their Green New Deal.

Energy: Labour is opposed to fracking for gas and oil and is in favour of a massive expansion of renewable energy; investing in solar-powered homes; however such policies do come into conflict with the major worker's unions who traditionally support ‘brown’ jobs such as work in oil & gas.

Sum-up: The Lib-Dems do have a number of actionable policy proposals which are simultaneously realistic and ambitious. One example is the Green Development Bank, something sold-off by Tory chancellor George Osbourne, which would oversee a number of economic plans geared directly towards different areas of energy policy. However, it is worth noting this party has failed to accrue enough support in recent years to give them an influential number of seats as they had in 2010, so it is possible for the party to make bolder statements without having to follow through like the Conservatives and Labour.

Plastic: The party's position on plastic is a bit less clear. They propose a Zero-Waste Act which would introduce legally binding targets on cutting waste, including plastics, helping reduce our emissions from over-consumption, and would develop a new framework for more efficient use of resources.

Sum-up: It is clear that the Greens have a number of bold plans to protect the environment. Their entire agenda including more generic issues of national economics and foreign policy is constructed with the environment as a core priority. Due to the UK parliamentary system, however, it is virtually impossible for them to ever have a majority in Parliament which would allow them to push this through.

Air: Halt virtually all greenhouse gas by 2030 (within a decade, petrol and diesel vehicles being replaced). The party has also pledged to spend £2.5bn on cycle routes which those who.

Energy: Investing in 100,00 energy-efficient, zero-carbon homes. This would mean that new building developments across the UK are continuously eco-friendly and environment-focused.

Sum-up: The SNP champion creating a greener and more environmentally friendly Scotland as one of their core goals. They have made some impact already, especially in energy policy. Though this has met criticism for being weakened after legal attacks from large, influential companies.

Plastic: They plan to introduce a deposit return scheme for drinks containers, to increase recycling and reduce littering. And an expert panel is looking at what else we can do to reduce demand for single-use items.

Air: They want to phase out the need for petrol and diesel cars and vans by 2032

Energy: By 2030 the SNP will aim for the equivalent of 50 percent of Scotland’s heat, transport and electricity consumption to be supplied from renewable sources. This has will help them further ensure that neither fracking nor underground coal gasification has a place in Scotland’s energy mix, something they have already been working on.

UKIP does have a few environment-oriented policies, they mostly concern agriculture protection for instance: matching fund grants made by local authorities for rural capital projects which enhance the local environment or help recovery from environmental disasters and ensure recipients of government subsidies (which will replace those coming from the EU after Brexit) maintain environmental standards wherever possible. The policies of UKIP thus regard environmental protection as a secondary outcome of efforts to ensure a strong agricultural industry in the UK.

This year's election offers us a chance to vote not only for the economy, foreign and domestic policy in the UK, but it gives us a chance to select the political party which best reflects our values in supporting the environment. So make sure you are registered, get out to the polls and place your vote this year December 12th to turn your personal words and behaviors into national policy. 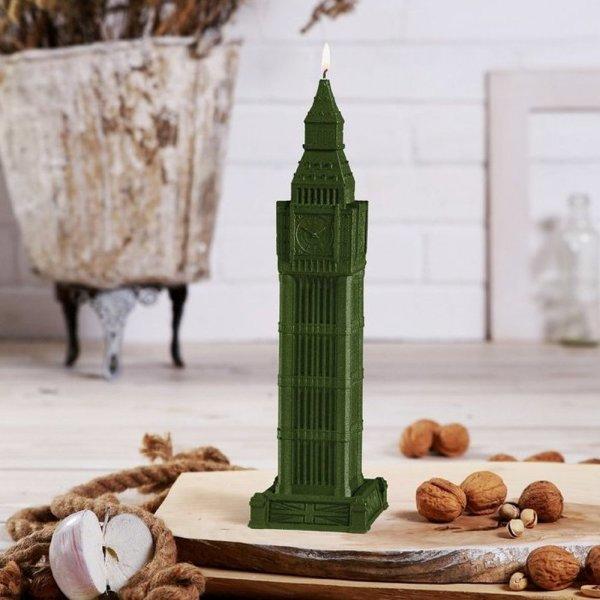