Use code PLASTICFREEJULY for 10% off our zero waste collection 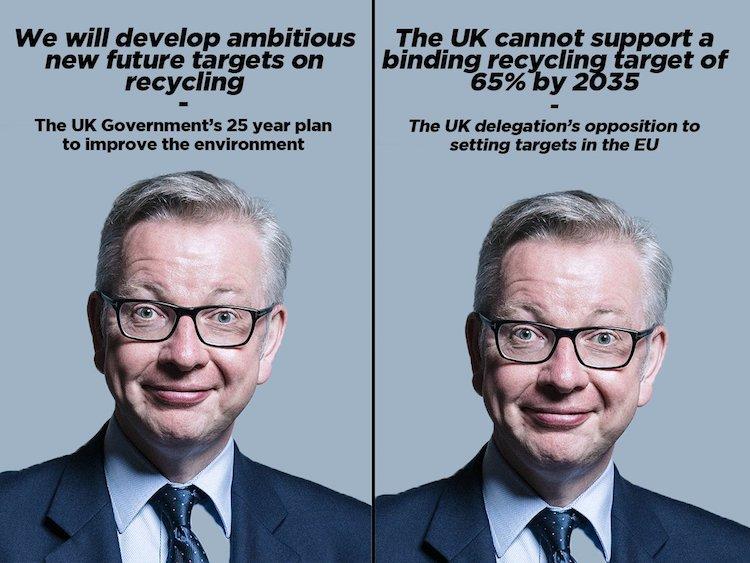 No matter where you lie on the political spectrum, one thing that is clear is the government’s lack lustre approach to tackling some of our biggest environmental problems. Without getting into the nitty gritty of UK politics, it seems that, although citizens in the UK are becoming more environmentally conscious, the government is reacting slowly to some of our most pressing issues.

On a positive note, there has no doubt been some progress in 2018 towards a greener Britain. For example the government has acknowledged the need to tackle specific issues as illustrated by the proposed plastic tax; this represents a potentially significant step in the right direction towards a plastic-free country. Importantly though this general progress, even if it has been more discussion than action based, is likely not rooted to political appetite or a calculated long-term environmental plan, even if Michael Gove would beg to differ. Rather it is a reaction to a range of civic led campaigns which give an insight into the growing importance British people hold on preserving our environment, which have in turn pressured the government into looking at the issues. This is especially relevant considering the government’s attempts to tap into the youth vote, of which green issues is becoming increasingly important.

With this mailable and reactionary state of the UK government’s stance on the environment, this offers an opportunity to for you and me to influence the rhetoric and get the government to enact real change instead of just talking about it. However, creating change in politics is overwhelming and it is difficult to know where to start. In this blog, we explore the different ways in which you can help push the UK government to do more about the environmental challenges that you care about.

One of the benefits of the way our democracy operates is that official government petitions (which anyone can start) with 10,000 signatures get a response from the government and at 100,000 signatures it will be considered for a debate in Parliament. This method of course doesn’t guarantee any change, but it at least guarantees that if you gain a large enough following it will be put onto the government’s radar which may eventually could lead to action. After all there is a submarine with the infamous name of Boaty McBoatFace on the new state of the art research vessel RRS Sir David Attenborough.

Success story – In February 2018 the government had to respond to a petition signed by over 11,000 to get the Government to commit to reduce and end unnecessary single-use plastics. Overall, this helped to raise awareness around the issue of plastic waste and asked questions of the government around the current recycled and waste management policies.

Greenpeace have over 130,000 supporters in the UK and although there are many NGOs within the environmental space, Greenpeace’s long-standing reputation to make the government act makes it stand out. The great thing about joining their community is that there are lots of different things you can do suited your time and interests. For example, if you don’t have much time you can help them campaign online to reach more people using their resources. Another option is joining their political lobbying network, here you will develop your skills in sending persuasive tweets, emails and letters to decision makers.

If you are also looking to meet like-minded people in the pursuit of bettering our environment, you can also join local Greenpeace groups and networks to help raise awareness in your local community. You can also become a Greeenpeace volunteer, helping to work to grow the organisation.

Success story – There is a long list of how Greenpeace have influenced UK governments over the year. One which stands out of late is their major push to ban Microbeads which helped persuade the government to ban microbeads. 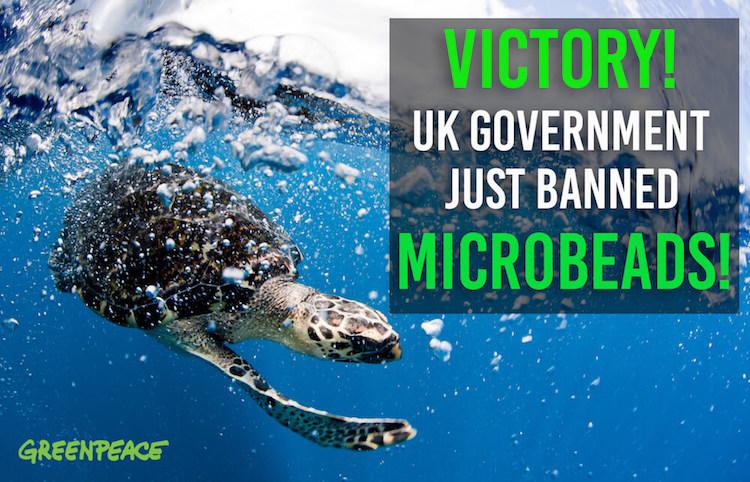 Blogs not only offer a platform to express your views in how we can protect our environment, it also opens the door to engage with other bloggers and influencers. Here you can share experiences through guest blogging and other collaborations and help foster a buzzing online network. Not only this, but once established you can start to invite decision makers to comment on issues. For example, asking your local MP for a quote to be featured in an article on your blog. If you are looking for advice on how to do this, Oxfam have regional media officers who are happy to provide guidance on how to influence MPs.

Success story – Tree Hugger is one of the leading environmental blogs which has grown into a leading media outlet which promotes key issues and champions green organisations and companies.

From the suffragette movement to tackling poor working conditions, this most traditional form of government opposition has stood the test of time and continues to be a key tool for instigating change. You can find a range of rallies and protests on the Campaign Against Climate Change (CACC) website as well as finding them on social media pages.

Success story – A CACC organised march was organised in London in 2015. Over 20,000 people attended with notable speakers including Green party MP Caroline Lucas. The aim of the protest was to urge action at the Paris climate conference where in the end some of the most important environmental legislation in history was passed. It is of course difficult to measure the influence this protest had, but it offered a strong way of indicating to the government what change citizens want.

Starting a new social media page dedicated to raising awareness around climate and plastic waste issues is a potentially effective tool to creating change. The results of this will not directly influence the government’s decision, however if you create great content, especially around how to live in a more sustainable way, this will help to educate your followers. This in turn will indirectly influence the government as at the end of the day, although it doesn’t seem it at times, the government reflects the wishes of its citizens. If there is a growing surge in popularity for green policies, this will be noticed by all parties and develop a more extensive environmental rhetoric.

Success story – Sustainably Vegan is a lifestyle blogger/vlogger who advocates a more environmentally conscious lifestyle throughout her content channels including Instagram and YouTube. She is the founder of the low impact movement, an exciting new network for those who are passionate about preserving our planet.