When I was studying Geography at university I gained an interesting insight into how our world’s climate is changing, the environmental policies (or lack of at times) trying to mitigate climate change to ensure our world is still habitable in its current state by the end of the century. Understanding the issue of climate change, even though I studied it for many years, can be difficult to grasp and to be honest can be overwhelming. In light of the recent IPPC report, in this blog we take a look at why scientists are concerned as well as highlight some of the ways we can help to try and help improve the situation. 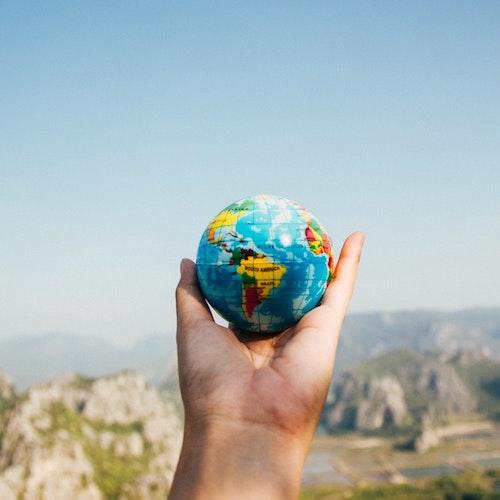 What really is climate change?

Climate change is a great buzzword but is very vague and often misunderstood. Climate change in the past has been a natural process whereby the planet’s weather patterns shift, a good example of this is the last ice age, which is known by scientists as the Pleistocene Epoch (time period). It started around 2.6 million years ago and lasted until around 11,700 years ago. As the name would suggest this time marked a severe cold period where ice sheets covered the majority of the world, interestingly the glaciers would actually move around the world in cycles and this helped to morph the landscape that we know of today.

At the end of the Pleistocene the earth began to warm and the glaciers started to retreat, marking the beginning of the Holocene epoch. At the start of this period, as shown below, over its first couple thousand years there was sudden increases in temperature and then since there was a period of stable cooling. 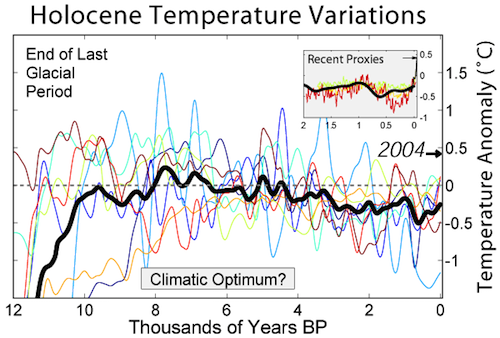 If the earth naturally changes temperature, why are scientists concerned?

As I’m sure you’ve heard before, the common argument against man-made climate change is that the world warms and cools naturally and the current warming that we are experiencing is natural and we shouldn’t be alarmed by this. This would be a valid argument if the warming measured was mild. However, the problem with this argument is if we look at how temperature has risen over the last 1,000 years, as illustrated in the red line in the graph below, the temperature rise has been unprecedented over the last century. This exponential growth is the key issue and scientists point to the way in which co2 has risen alongside this increase in temperature. 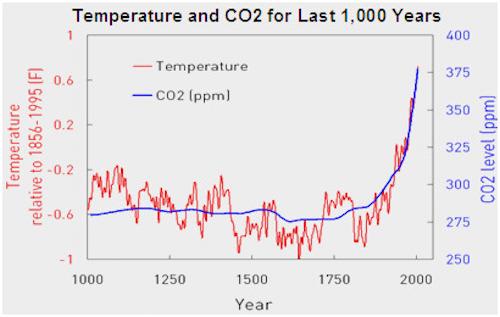 The cause of this co2 rise is undeniably man made and in 2013 it co2 levels surpassed 400ppm for the first time in recorded history. This leads to the earth warming due to the greenhouse effect, which is basically where our planet gets warmer because it is more difficult for heat to leave our atmosphere due to the increase of certain types of gases.

As temperature also increases, there is worrying evidence that this is creating a snowball effect whereby the earth naturally starts to release more greenhouse gases. A good example of this is the release of methane, a key type of greenhouse gas, which is stored in the frozen soil and sea and is being increasingly released by methane.

What has changed recently?

Whilst there has been a general consensus in the scientific community that global warming is a big threat to our planet, there has been varying opinions on how long this will take. This, however, has been clarified lately by the recent release of the IPCC’s new landmark report. This report, created by the world’s leading climate change scientists, looks at the current state of our world’s key climate indicators including temperature, sea level rise, glacial levels and coral conditions. Without going into the nitty gritty science behind their findings, the result of this report, which looks into thousands of studies carried out is that we had 12 years left to act and avert climate catastrophe.

The authors of the study say that if we do act now we will be able to limit to minimise climate change to 1.5C and they believe this can be done in an affordable and feasible. A key part of this is the Paris Agreement which 195 countries signed in 2016 and we need to continue to try and help pressure governments to continue to act on their promises, if you don’t know where to start, you can check out our blog post on how to influence the government on environmental issues here.

So what can we do to help tackle climate change?

Alongside government action, our lifestyle is also coming into question and it is clear now that normal people are key in helping to address climate change. Fortunately, especially with the help of continuing technological developments, we should be able to live similar lives to how we do but we will need to be able to flexible and open to try new things. 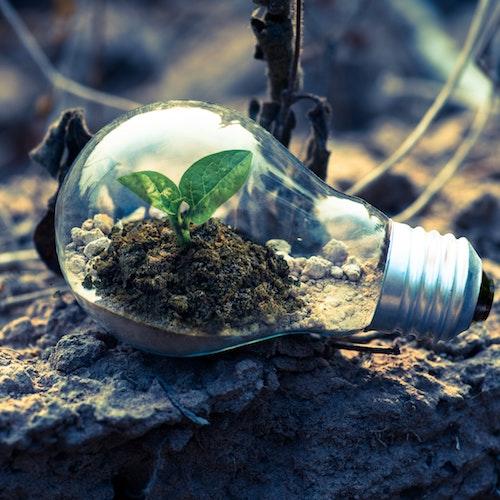 One of the most traditional forms of action to helping our environment, the great thing about changing to new renewable sources is that solar and wind power technology has advanced quickly over the past decade making them very affordable and it is only likely to become easier to utilise this power source through new battery tech being developed.

Top tip – You can easily swap your energy supplier to a renewable source without adding any solar panels to your home using green energy startup, Bulb. 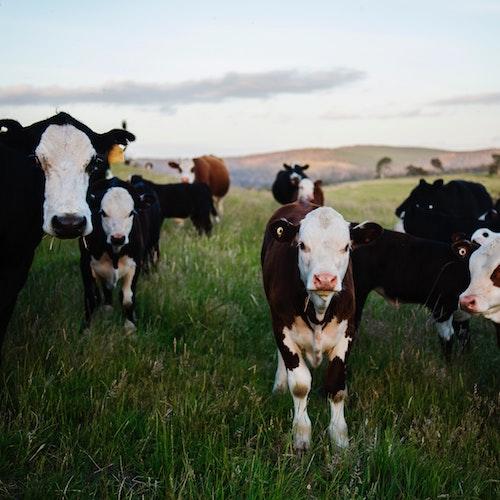 As a vegan company set up by vegans you would say of course this would make the list, but there is growing evidence that we really do need to cut down on animal products to help our environment to the point that in the IPCC’s recent report explicitly states we need to eat less animal products

Another landmark report earlier this year states that avoiding animal products is the single best way to help reduce your environmental impact. It found that livestock provides 18% of our calories yet takes up 83% of farmland and suggests we need to adopt a more vegan diet to be able to both mitigate climate change as well as help tackle global poverty.

3. Reducing food and other organic waste 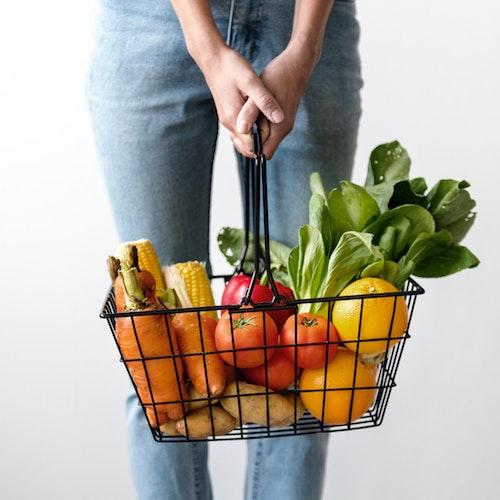 The decaying of organic portion from our waste in landfills contributes to 5% of global greenhouse gas emissions. Not only is this waste efficient environmentally, it also means there is opportunity to save money on your weekly shop.

Top tip – Plan your week’s food shop by meal and create a list for this and stick to it, I know easier said than done, an easy way of staying in control is doing the food shop online, which also is s a more efficient way to buy your food. 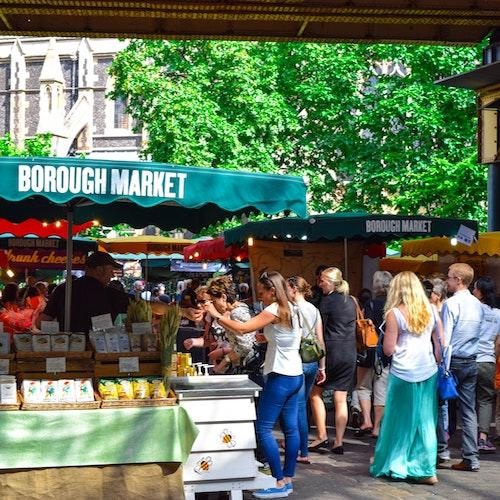 In many ways the best way to help address climate change is going back to how we used to act in the past. Buying locally is a great example of this and offers a great way of not only reducing your carbon footprint but also discovering independent brands which you value. This is why when we started Wearth we decided we would only partner with UK brands and around 80% of our products are made here in the UK.

Top tip – Try out your local marketplace, there are some amazing small companies out there and they need your support to help compete against big business.

I hope you enjoyed reading this article, I am by no means an expert but I hope this helped you better understand the issue and highlighted some of the ways we can help as individuals to protect our environment for future generations to be able to live and enjoy our planet.