14 May What does organic actually mean & why should you choose it? 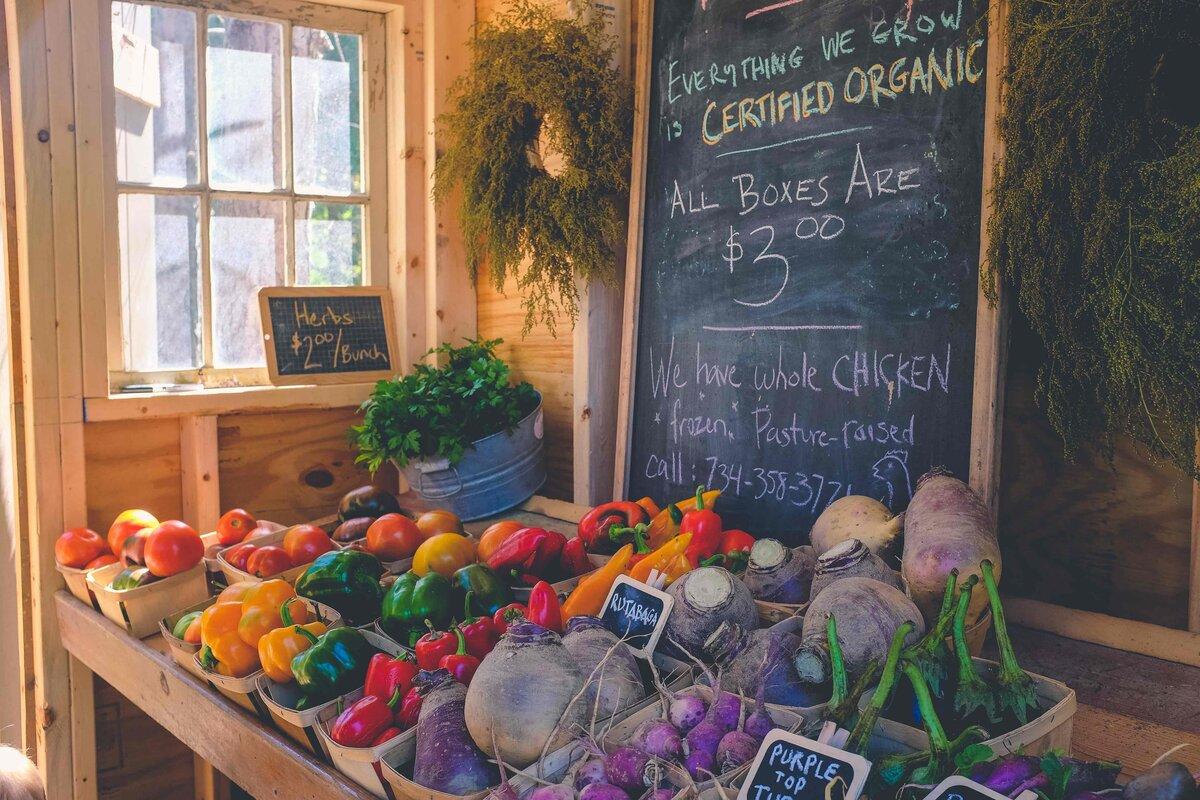 It’s an understandable question: what does organic really mean? Is there a basic standard that must be met for something to be labelled organic? Is the term used in the same way for food as it is for other produce, such as clothes or cleaning products?

What’s in a word: what does organic mean?

The first area of confusion comes with terminology. Different expectations on what constitutes ‘organic’ apply in different countries. It’s important to understand your own values when it comes to organic produce too.

In a nutshell, the best understanding of organic is to sit it alongside nature. Anything organic should only use natural processes and growing practices. This means no synthetic pesticides, fertilisers, or any other unnatural processes such as genetically modified organisms (GMO), ionising radiation or bioengineering. This also means that animal products should be free of antibiotics and growth hormones.

What does organic food mean, and is this the same as other products?

In the UK, the Department for Agriculture and Rural Affairs (DEFRA) states: “Organic food is the product of a farming system which avoids the use of man-made fertilisers, pesticides, growth regulators and livestock feed additives.”

At Wearth, we strongly believe that – whether we’re talking about food, cleaning products, clothes, or anything else – the entire process of production should meet organic principles. In other words, not only the product should be organic, but also any other ingredients in terms of how they are grown and/or processed. For example, with an organic t-shirt, organic cotton should be used, as well as no synthetic chemicals when dyeing and manufacturing the garment.

We believe that the standards of organic can and should go further. We think these standards should also include practices which only use renewable resources and are produced in sustainable ways which don’t pollute local ecosystems. For us, organic is about integrity.

What does it mean to be certified organic?

In the UK, it’s really helpful to know that there are no rules about the use of the word ‘natural’ on products – in short, anyone can use it without verification. This can make it misleading and difficult to know what you’re really choosing. However, ‘organic’ is a term which must be verified for a brand or producer to use it. This means that the product has been certified as organic by an independent third party.

The Soil Association is the biggest certification body for organic produce in the UK, certifying around 70% of organic produce in the UK. They certify all types of products, not just food. They set out clear standards for what it means for something to be organic. Their definition of organic includes elements of animal welfare, sustainable environmental management, and care for local ecosystems. To give you an example of their standards: non-organic farmers can choose between nearly 300 different pesticides to support their farming practice, whereas organic farmers are limited to just 20 which all come from natural ingredients.

The benefits of organic

There are numerous benefits of organic food, clothing, cleaning products, and other items:

Typically, one of the core reasons why people choose organic food is that organic produce is generally richer in antioxidants, along with all of the beneficial nutrients that you are looking for from your food. In basic terms, the quality is typically better!

It’s staggering to realise, that depending on the particular food, the country and the pesticides used, that pesticide residue remains on up to 70% of foods in some cases, after they are washed. That means that if you are eating non-organic food, you are most likely consuming synthetic pesticides too.

Organic food cannot use synthetic preservatives so is often fresher. It is more likely to be seasonal and produced closer to the point of sale.

Better for the environment

It depends on the standards being followed, but organic farming is typically kinder to the environment, causing less pollution and protecting ecosystems from chemicals. You can typically expect organic practices to be more sustainable with water conservation, increasing soil fertility, and reducing soil erosion.

Organically farmed animals won’t have growth hormones, antibiotics or be fed by products which are associated with problems when consumed through meat and dairy. Animal welfare standards also tend to be better on organic farms. It’s been shown that meat and milk produced organically has higher amounts of nutrients, such as omega-3.

So, why choose organic food?

The Soil Association gives four core reasons as to why we should go organic:

1. It’s better for the planet

2. It has higher animal welfare standards

For us though, it’s not just about the food we eat. If we bring organic standards into every product that we consume, buy, or own, then the impact on the wider planet and communities is remarkable. In fact, if all of the farmland in Europe was used following organic principles, then agricultural emissions would drop by 40-50%! It may come as surprising to many of us that soil is actually part of the fight against climate change. Remarkably, 2,500 billion tonnes of carbon are stored in the planet’s soil! That’s more than all the trees, plants, and atmosphere together.

How to shop for organic products beyond food

When doing your food shop, look for produce that is certified organic, usually by the Soil Association.

However, you can also look for organic labelling on other products. You can choose organic clothing, cleaning products, skincare and beauty products, toiletries and homewares. Organic producers are often smaller scale. As such, we’ve made it easier for you to shop according to your values, all in one place.